Are we ready for a Cloud First hospital? 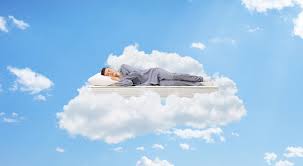 I will start this article by defining what I mean by the term a Cloud First hospital. The term cloud has been a buzz word in the past decade which led many organizations to declare their support for the cloud, sometime without understanding its true meaning.
For the purpose of this article I am proposing a simple test to decide whether an organization is a cloud first or not. If you are software vendor you must have an IT department which directly in charge of the system up-time at your clients sites. If you are a health organization then you should never have visited the data center where your data resides. A Cloud First hospital is one which more than 50% of its systems reside in data center that none of its staff members ever visited or not even sure where they are.

According to a recent survey by Datica, in the US only 17.7 percent of the respondents say they work with healthcare organizations that have more than 50% of the existing software infrastructure remotely hosted or in the cloud. It is fair to assume that a large chuck of that sum simply have their systems hosted in a remote location which as stated above does not meet the definition of cloud. That survey was conducted in the US were cloud adoption is high. Europe is much more conservative when it comes to cloud adoption, maybe contributing to this fact is that most of the big cloud vendors are US companies.

The big advantage of moving to the cloud is that health organizations can focus on their main mission which is to take care of patients. Dealing with storage boxes and network switches is at the end of the day a distraction.

The costs of cloud computing are falling more rapidly than that of onsite hardware and software, making the cloud a sound and strategic investment if costs are in the same ballpark.
Increasingly, hospital CEOs and their technology lieutenants are realizing that the public cloud platforms are at least as secure as the local option.

For software vendors the shift to being a cloud first company is a major one. Although not always admit it, software vendors don't really care if the health organization host their product on premises or on some AWS VM. If they however need to be in charge of their system up-time, version updates, security and so forth, that will force them to get into the IT business, which pure software vendors are not eager to do.

According to the Datica survey compliance, security and privacy are the three primary concerns for those hospital CIOs who considered moving to the cloud. The common saying is that due to strict regulations and complex, legacy infrastructure, among other reasons, the healthcare industry has been somewhat behind the curve in terms of digital technology adoption.
I am not sure however that this is the true reason for the slow adoption of cloud or simply the story the healthcare IT industry like to tell.
Like many things in life I think the number one barrier for change are the people.
Traditional healthcare IT departments are set up with an IT director and staff, a network infrastructure and local data centers. For many years, the healthcare industry has been exchanging information, such as medical images and more recently electronic medical records, through a local network.
For IT staff who have been trained on legacy data systems, a shift to a cloud includes preparing them for considerable disruptions in their daily work responsibilities.
In order to move to the cloud hospitals will have to stop being control freaks. That is a very hard transformation for organization which their claim to fame is being control freak.

It's worth also to remember that the real benefit for organization comes when all systems are moved to the cloud and the IT department can shrink dramatically, having one or several systems move to the cloud won't have that impact. The healthcare IT people who should lead the transformation are aware of that, and people usually don't rush to cut the branch they are sitting on.

Popular posts from this blog

November 26, 2020
More than 2 years have past since I wrote my article  on the Fast Healthcare Interoperability Resources (FHIR®) standard and it’s time to do a quick status check and revisit the predictions I made back then. The FHIR standard continues the strong trajectory of adoption and is now used across the globe. The application programming interface (i.e. the FHIR API) is available in most major EHR systems today. According to the US Office of the National Coordinator Health Information Technology an estimated 85% of hospitals have FHIR in their systems. The NHS has been quick to adopt FHIR and the adoption curve in the UK is high. The NPfIT (NHS Care Record Service) HL7 V3 interfaces are being redeveloped in FHIR®, and new NHS specifications such as the CareConnect standard for secured Transfer of Care  are being specified in FHIR® by default. Despite the industry enthusiasm about the potential of FHIR still the old and faithful HL7 v2 remains the predominant interoperability standard in use t
Post a Comment
Read more

May 03, 2020
The atmosphere got tensed as the meeting went on. We were all started feeling a bit uncomfortable. The meeting took place at headquarters of one of the prestige hospitals in the US. A hospital which constantly ranked in the top 10 best hospitals in the world. A drop of sweat sprout on the brow of the IT executive which was leading the meeting. The participants nodded their heads as they realized that despite the massive investments in developing their home grown systems over the years they are lacking some basic features which typically found in commercially available products, and many of the modules in used are becoming old and need to be replaced. That same realization repeated itself in similar discussions I had with other health organizations around the globe which took the "home grown" path. It seems there was a paradox between how wealthy is the organization and how poor its IT systems are. Selecting a commercially available product is a frustrating task. Typic
Post a Comment
Read more

July 13, 2020
I once asked the CEO of a large hospital what will be the main KPI to measure how well the hospital is doing. The CEO immediate response was that the best indicator would be how satisfy the patients are. In a stressful and overloaded environment such as a hospital, it is easy to focus on the disease and forget about the patient. A chief experience officers (CXO), or other similar titled leaders, is a new member in a hospital C-suite. The role of a CXOs have gained scope and respect in the C-suite as studies show how experience affects all aspects of care. There is a growing body of evidence supporting that the association between better patient experience and health care quality. For example, a study found that a higher CMS star rating was associated with lower patient mortality and readmission's.  One of the drivers accelerating the adoption was the US government decision to start mandate measuring patient’s perception of their care and tied reimbursement to those scores. Beyond t
Post a Comment
Read more